A Gospel of Love; Evangelization in Context

This blog post had been brewing in mind for a few weeks now, mostly in reaction to some of my own reactions. Now, just two days ago this interview from Pope Francis came out. (Read it, the original, completely.  It's worth it.  Don't read the mainstream news about it, though.)

So, this is now the perfect timing to repeat that message that our Holy Father is emphasizing so much; in order to evangelize, we must start with Christ's love.  By "evangelize" I mean to spread the Gospel ("Evangelia,") not the shameless proselytizing that we have a tendency to mistake for it.

After that, on top of that and in that context the rest will begin to come into place.

Let Your Voice Be Heard

Having said that it is necessary to take morality for granted from the very beginning.  It is important that people know where we stand.  In my case, inspired by some admirable friends, just this year, after a life of being a "closet" pro-lifer, I decided to "come out" and make my views known publicly, by means of this blog and on my Facebook page.

I'm content with this. Now, I feel that I have made it clear that abortion is unquestionably wrong. This is probably a good moment to focus on other points, except in cases where the issue turns up somehow - which happens often enough.  I am ready to begin looking for that next step - that important one - of first showing Christ's love in a very real way.

One thought I had several weeks ago is this; if we do not love the woman who has an abortion, and even the doctor who carries it out, our effort is lost.  And, we can't forget that we must love and pray for the baby; speaking for myself, it's often easy to get lost in the "cause" and forget even this first and most basic point.

What we hope for those who did this horrible act is repentance; what's required of us, even as we tell them what they've done is wrong, is absolute love.

Now to put this into real, concrete action ...

It's Not Just Abortion

If the pope's words from yesterday's interview struck a cord with me it's the fact that there are so many other places where we must take care to act in charity even as we engage others.  For example, in how Christians of different traditions approach each other.

We must share the truth of God's Church with everyone.  Yet, this only helps when others see authentic love along with it.  I think of my own journey to Catholicism; the final, most powerful and decisive step was to see the church's charity in very real action, together with an un-apologizing presentation of the church's teachings, presented in that same love.

However, I don't engage with other Christians with this in mind - i.e. I don't imagine that I will somehow lure them into being confirmed in the Catholic Church.  But charity must be at the heart of it when we engage with each other.  I hope that this intention has come through in true and recognizable charity whenever I have discussed or debated some point. If it hasn't then I ask forgiveness.

A few weeks ago I also posted about my reaction to certain disrespectful proselytizers.  While I don't take back that reaction in general, especially the point of defending those who need it, I take back the tone of "fighting back."  These are people who are attacking God's Church and more than anything, whenever possible, they need to see His love.  Can I step in to defend another person who needs it and yet reply in compassion and love?  That is my challenge. 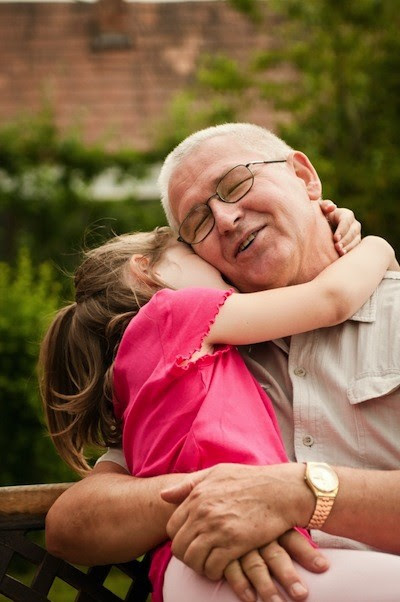 When it comes to reform, everyone loves to see big visible and large shifts in structure, sweeping changes, etc.  Both those in and outside the Catholic Church, those of all stripes, are hoping to see the Curia turned on it's head and given a kick in the ass.  Yet, I don't think this is going to happen.  It's not going to happen because Pope Francis knows that those kinds of changes make a lot of noise, but don't in themselves bring about the deeper change necessary.

He reminds us: "You can have large projects and implement them by means of a few of the smallest things."  In this case, part of these "smallest things" is the simple act of reminding ourselves to approach others in Christ's love.  This will be the true reform of the Catholic Church, and - guess what?

No one will notice.

Those looking for the "big things" will be upset that the Curia still looks the same as last year, and that we haven't sold St. Peter's Basilica to feed Africa.  The only ones who will notice will be those simple human beings right next to us whose only contact with the Church is what they see in us.
Posted by Unknown at 11:49 PM