When Cowards Attack - A Warning to Would-be Proselytizers 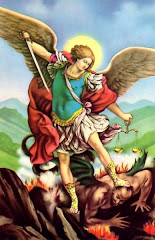 I have no problems with a good argument about religion.  (I tend to loose most of mine, but that's another story.) A one-on-one discussion or even argument on even ground between two people who have both chosen to "draw their swords" and duel is fine.  After all, we shouldn't shy away from defending and promoting what we believe.

However, I have a bone to pick.

There are some Christians, and people of similar beliefs, out there who are cowards.  They choose a person who:
When they are alone with this person, or with a few others so they can gang up on this person, they rip a layer off of them. The do not give them a chance to speak, they do not respect their beliefs, and they just pound on them verbally.

And these people are spineless, gutless, good-for-nothing cowards.

They are often very nice people on the surface. For example, the last person I met like this was a "kind" old Mennonite lady (I think she was Mennonite - it was at least a similar denomination.)  I can tell you, though, her heart is rotten at its core.

Now, I'm not talking about myself when I talk about the people who get picked on.  I can hold my ground, or at least handle defeat if I can't.  If I get pummelled in an argument, well, it's probably my own fault, since I probably started it.  But I'm talking about other people who are far kinder, gentler and more loving than myself.

And how do I know these "attackers" are cowards?  Well, if another person walks into the room that may defend the person they are attacking, they shut up.  They stop. Suddenly they're nice again, only sneaking a few "nice" passive attacks hidden behind sly poison like "I'll pray for you that you'll understand" - lie as venomous as Satan himself.

So, now I've told you who I'm talking about. If you're someone who knows me and you're reading this blog, you're probably not one of these people.  As I said, I'm not talking about fair arguments, or even heated arguments; I'm talking about cowards who attack others who can't defend themselves.

Advice: if you know someone like this, perhaps at your church, or someone of similar beliefs, perhaps you don't shut them up because you think they're defending the Truth; they're on your side - on Truth's side - after all, even if they're a bit abbrasive, right? 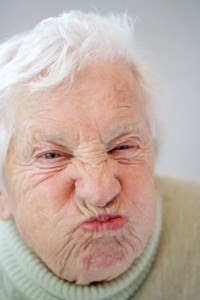 "Look, you're being an asshole.  Shut up and leave this poor person alone.  You can talk about God a lot, but why don't you try showing His love?"

Don't put people you love and care about into the pain coming into contact with them because you don't want to offend an asshole.

Let me make this plainly clear; even if they understand the greatest mysteries of the Faith and God, and know the truth better than any human alive, if they are such dogs to treat another person like this, then they do not have the love of God in them.

So, even though it's unlikely that anyone like this who I know will read this blog, let me put my warning out there:

I will no longer tolerate this.  Until now, I've been of the opinion that if I don't see it, I can't say anything.  But as I said, these cowards shut up when another person walks into the room.  No more.  If I find out this has happened, and I am anywhere near such a person, I will go back to them and put them in their place.  I will ensure that they feel like the dirty scum they are - they will feel a hundred times worse than the person they were picking on.
Posted by Unknown at 8:43 PM