Last year, I wrote about the Posada - a Mexican pre-Christmas celebration - which was celebrated in the village of Linwood, hosted by St. Mary's Catholic Church. This year, my wife and I (especially my wife) organized the a Posada at St. Mary's for the second time.

A special thanks to my parents who prepared the delicious Mexican food!

We celebrated the Posada on Dec. 15, so it's almost old news by now!  In the next few days I'll share pictures of features of the Mexican Christmas celebration which we're importing to our new home, Ontario.


Here are some pictures. 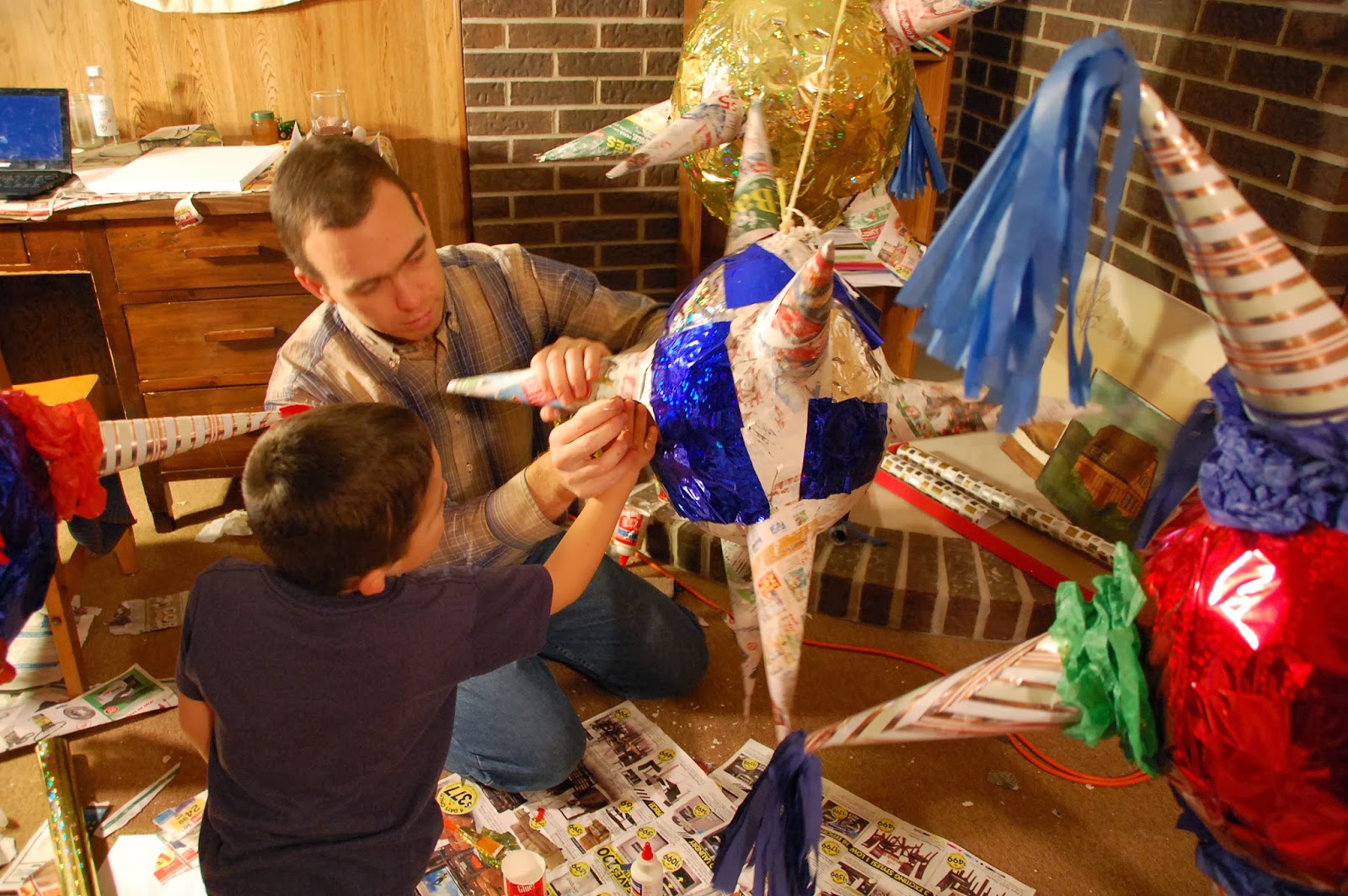 The dialogue with the Innkeeper.

This is the central part of the Posada, which means "Inn." The story of Joseph and Mary looking for an inn in Bethlehem is reenacted.

As you can see, the turnout was lower than last year due to inclement weather conditions.  Yet, including those who went inside and skipped the carols and dialogue, I think we had about 60 - 70 people: 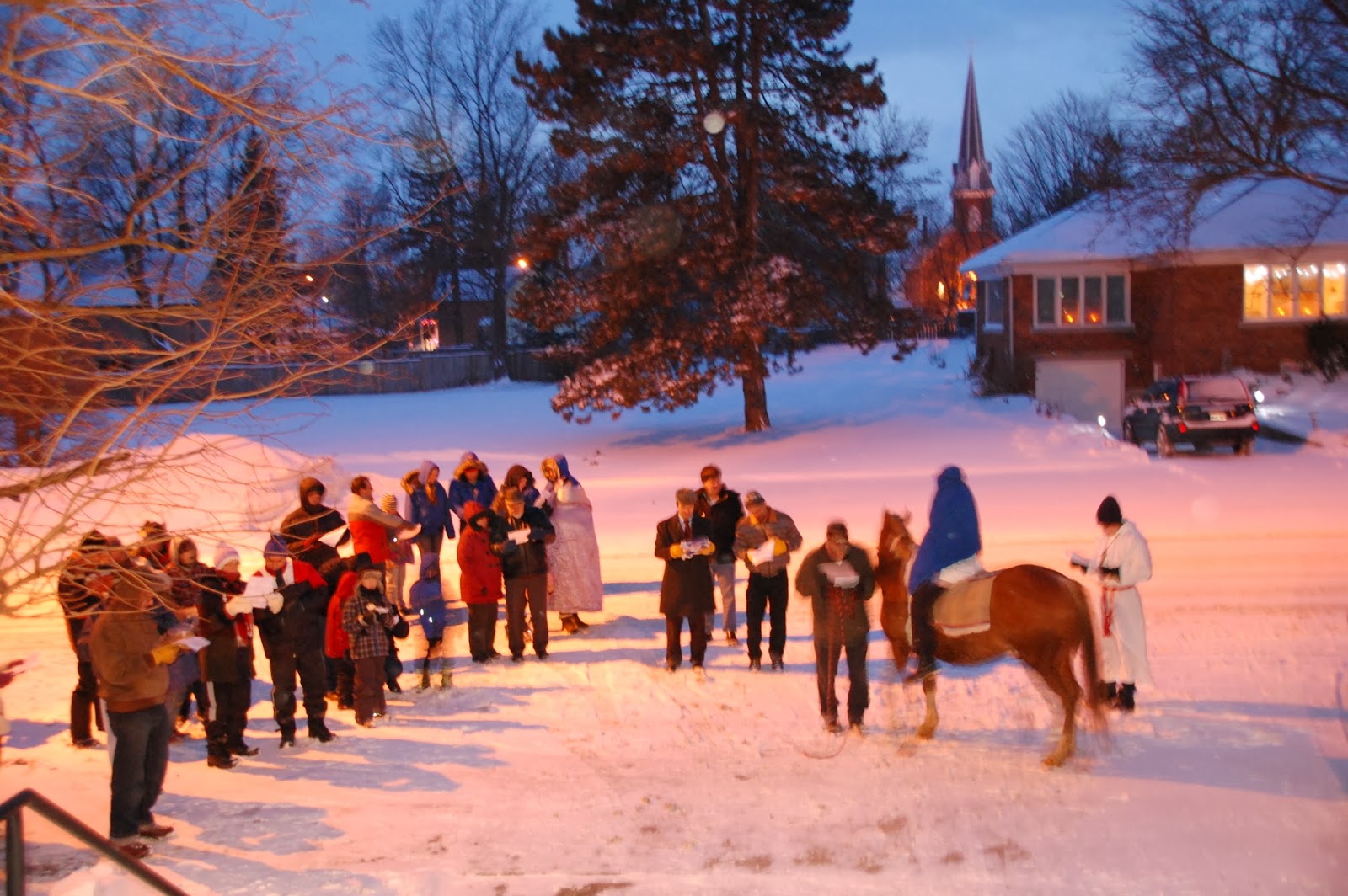 Like last year, we one-upped Mexico by having a real girl on a real horse with a real Joseph leading her through town. (In Mexico, they usually just carry figurines:) 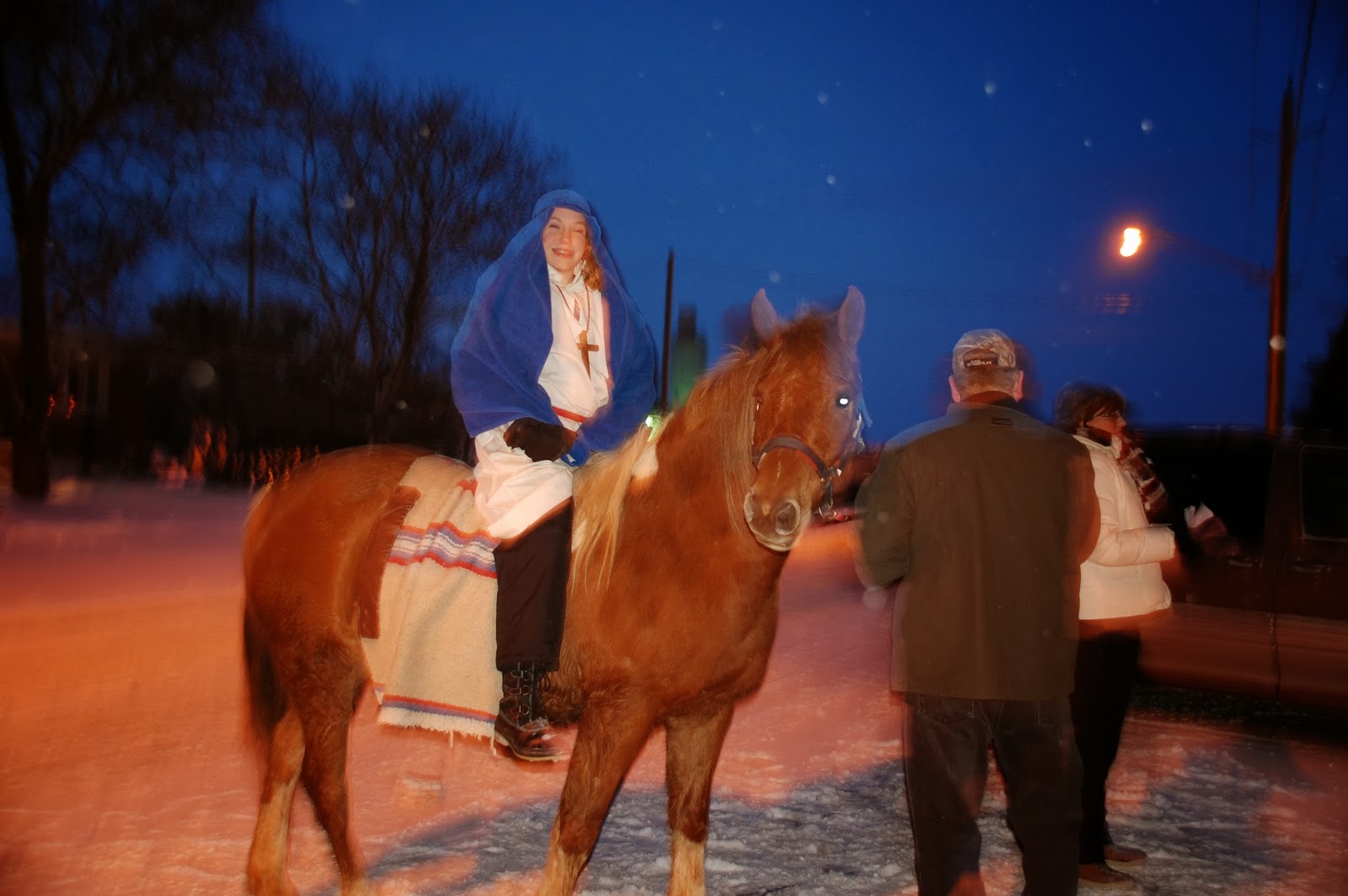 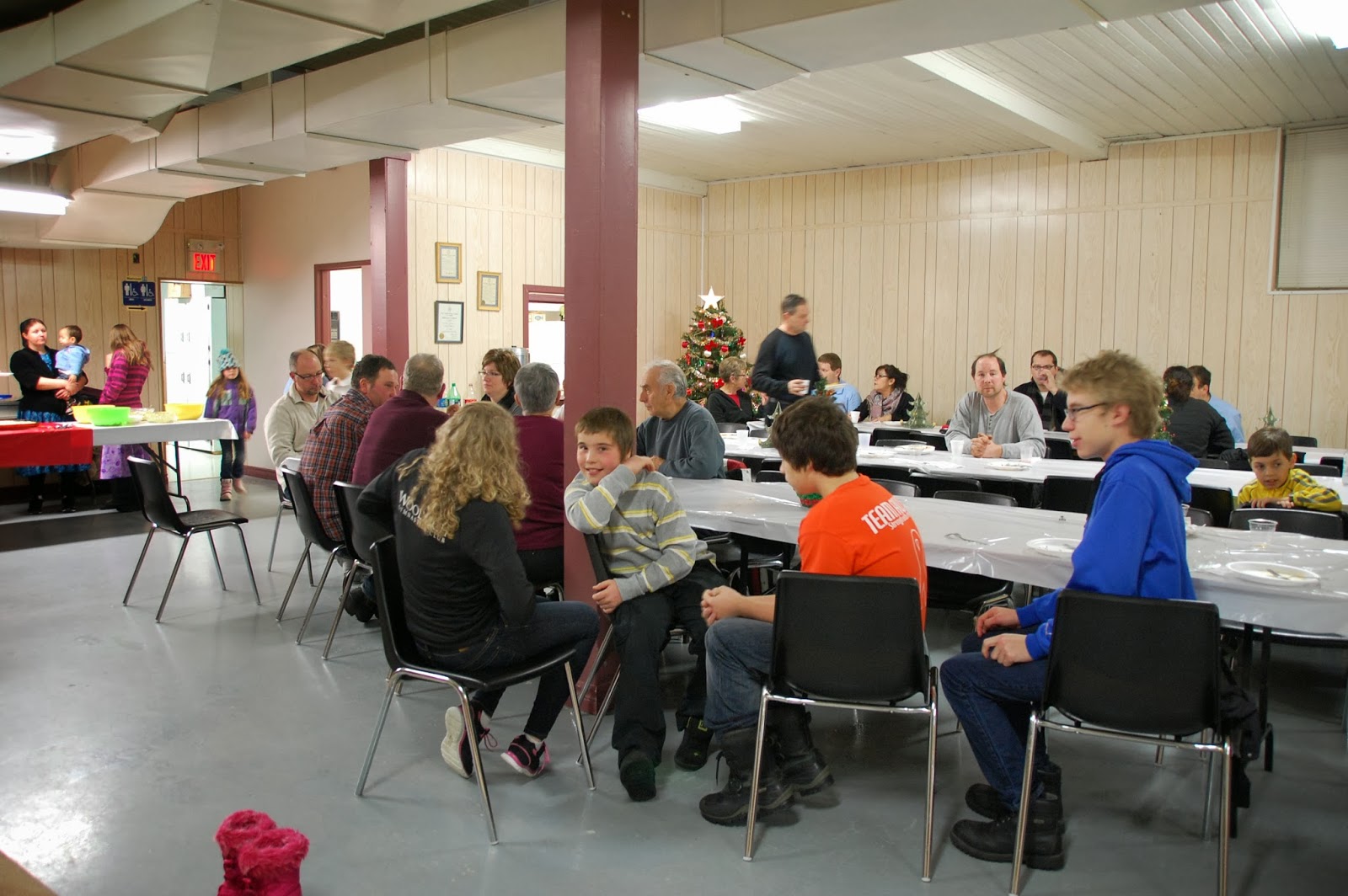 This is a new addition, thanks to my godfather. (Here, we would usually say "sponsor" but I think the Mexican term "padrino" which translates as "godfather" has more meaning:) 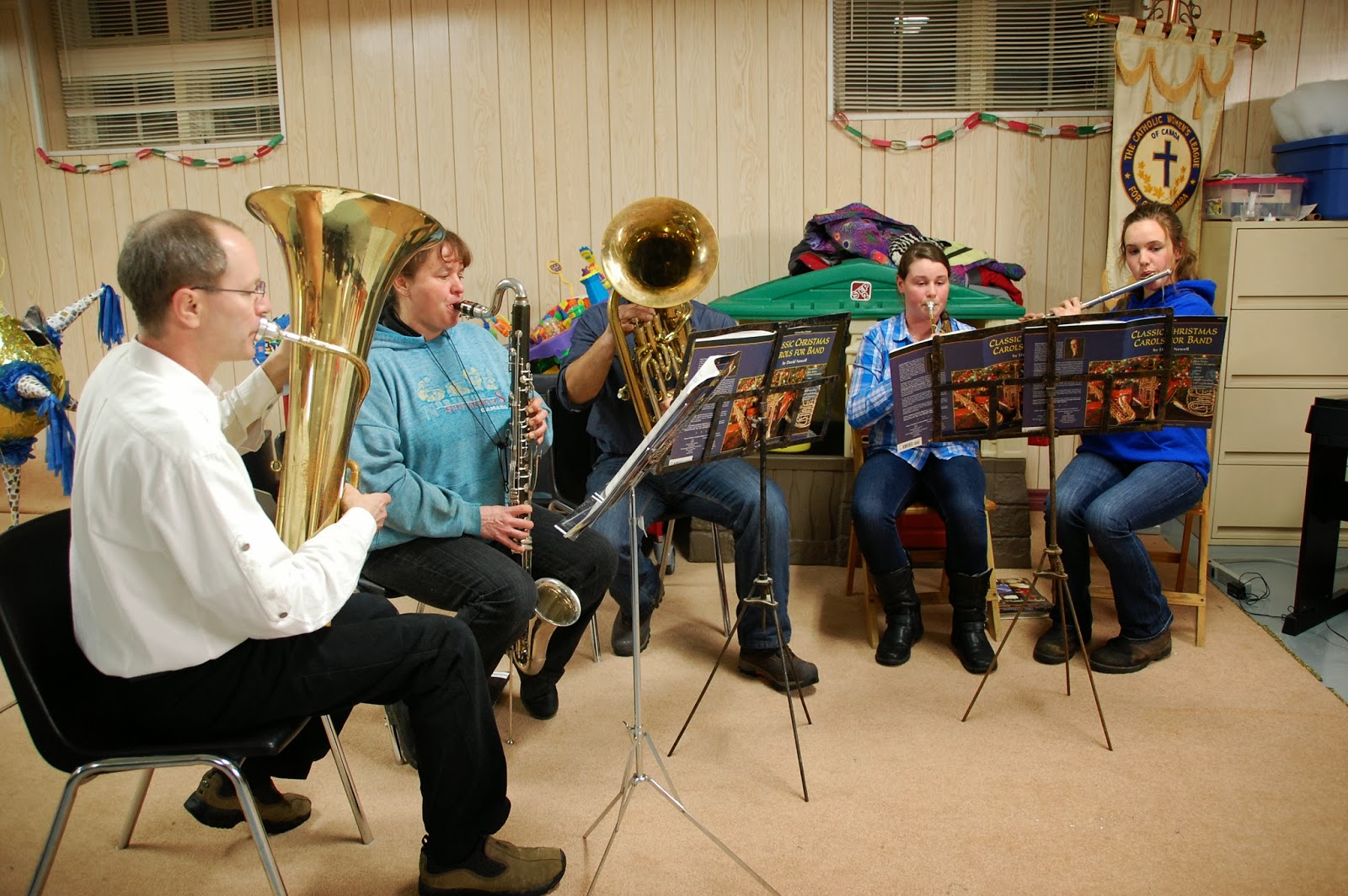 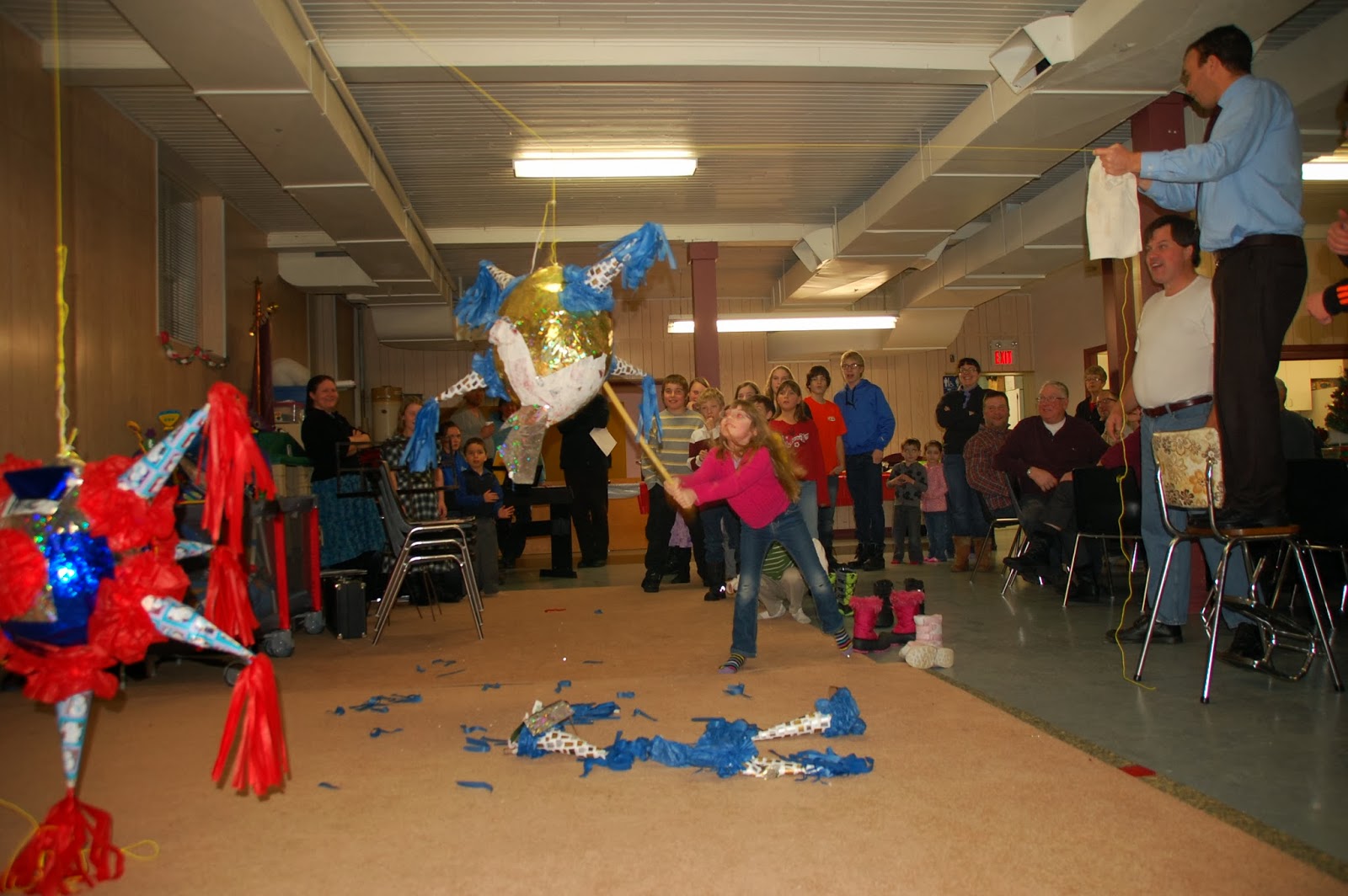 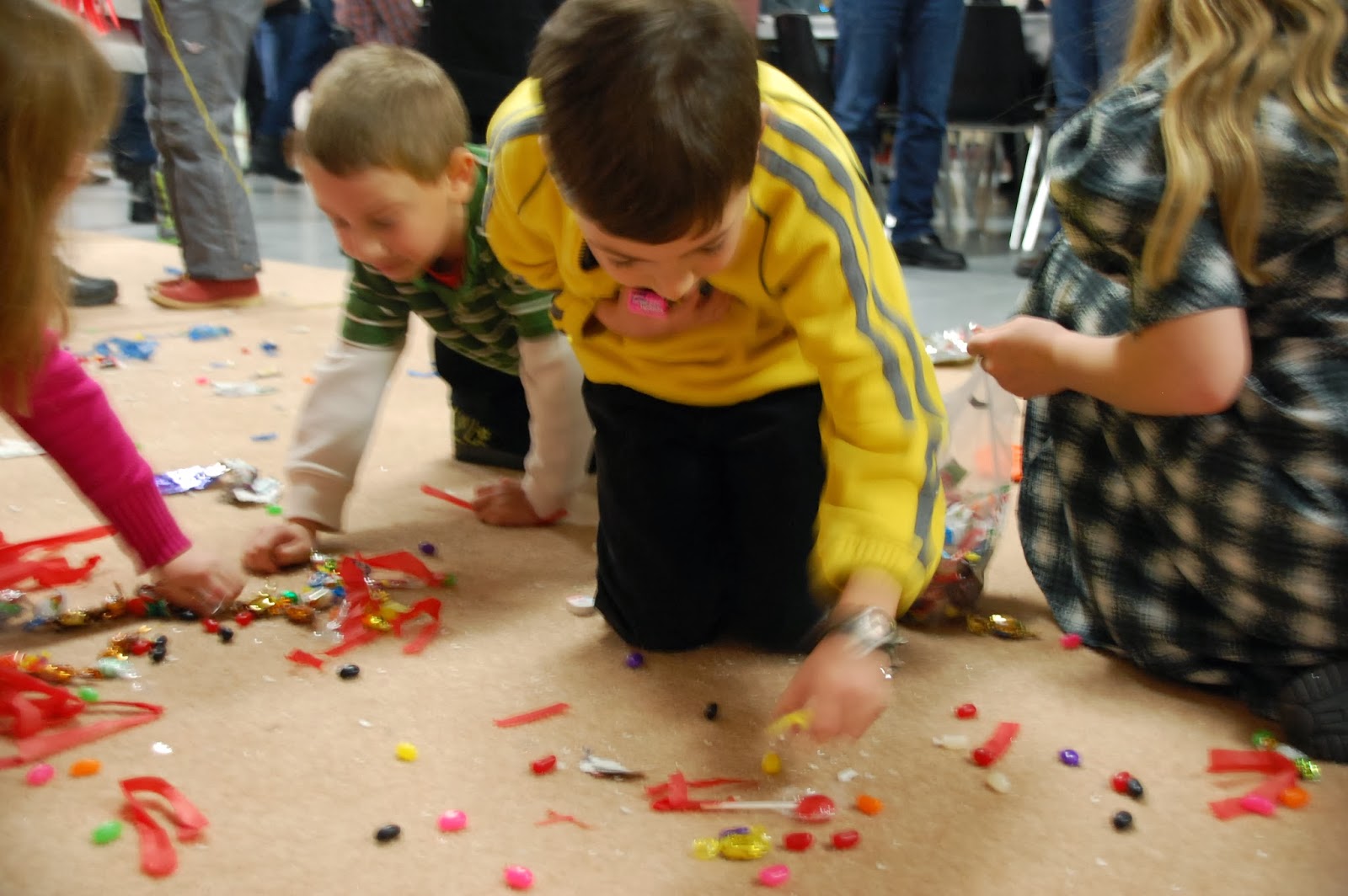 And last but not least, grandpa with a baby: 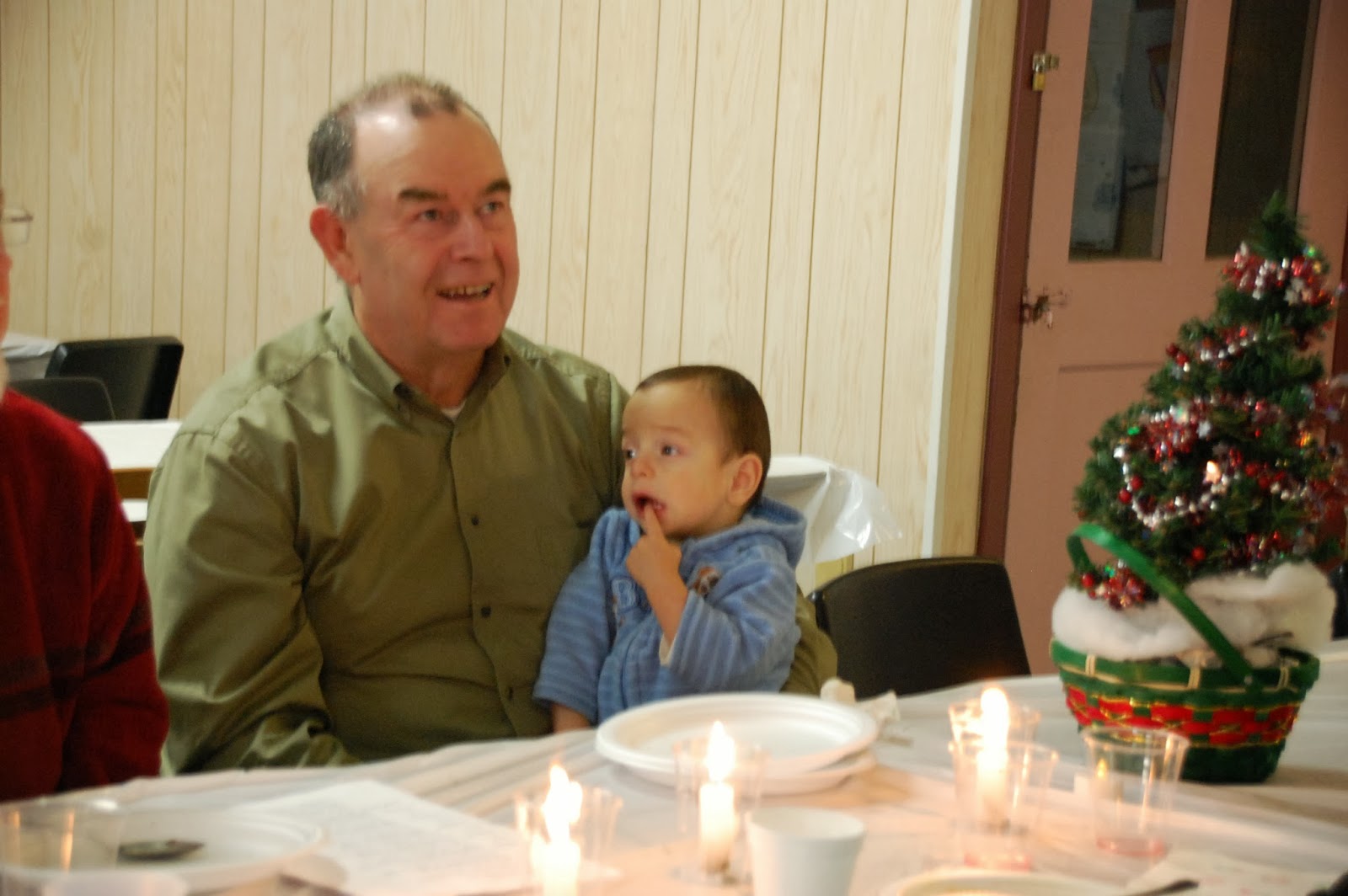 Up next, Christmas Eve dinner and/or Epiphany.
Posted by Unknown at 9:18 PM