Would You Do This on an Airplane? 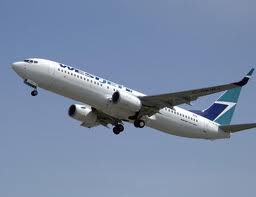 Upon arriving to the Toronto International Airport for the first time together on a direct flight from Cancun, my wife noticed something unusual at landing time; all had gone well, and the landing was smooth. Upon completion of the successful touch down and the plane came to a complete halt, the passengers applauded.


"What happened?" she asked me, talking in hushed tones in Spanish.


"What happened? What do you mean, 'what happened?' " not exactly sure what she was asking about.


"Hmm." I thought for second. "I guess it's because the flight and landing went well. Isn't that normal?" I was actually asking myself as much as I was her. I believe I've been on an equal number of Canadian flights as other flights; I could remember that on some they applauded at completion of the flight, and on others they didn't, but it had never occurred to me to think of why.


"Mexicans don't clap after a flight," observed my wife. "I guess we just figure it's their job, they SHOULD do it right." After a brief discussion we came to the uncertain conclusion that this was a Canadian thing. We didn't remember it happening on flights from Mexico to Atlanta or Philedelphia. We couldn't remember if it happened on our flights from the U.S. to Toronto. But the direct flight from Toronto to Cancun (made financially possible thanks to Westjet!) was the first to be virtually entirely Canadians.


So, now the question comes back to you; do you, or would you applaud at the end of a flight? Have you ever been on a flight where they did? Were the passengers Canadians? Is this something only Canadians do or are we just imagining stuff?
Posted by Unknown at 7:24 AM